Things that changed over the past 7 years

Welcome to 2018! I know, if your eyes are yet open at all, they’re on the upcoming year. But as Wilhelm von Humboldt once said: “Only who knows the past has a future.” So why not take a minute to reflect on the years gone by? Or more specifically: the things that have changed in the past seven years? How did megatrends such as globalization and connectivity shape our lives during this current decade? What is fundamentally changing when it comes to commodities, technologies and societies in general? And what does this mean for our way forward? 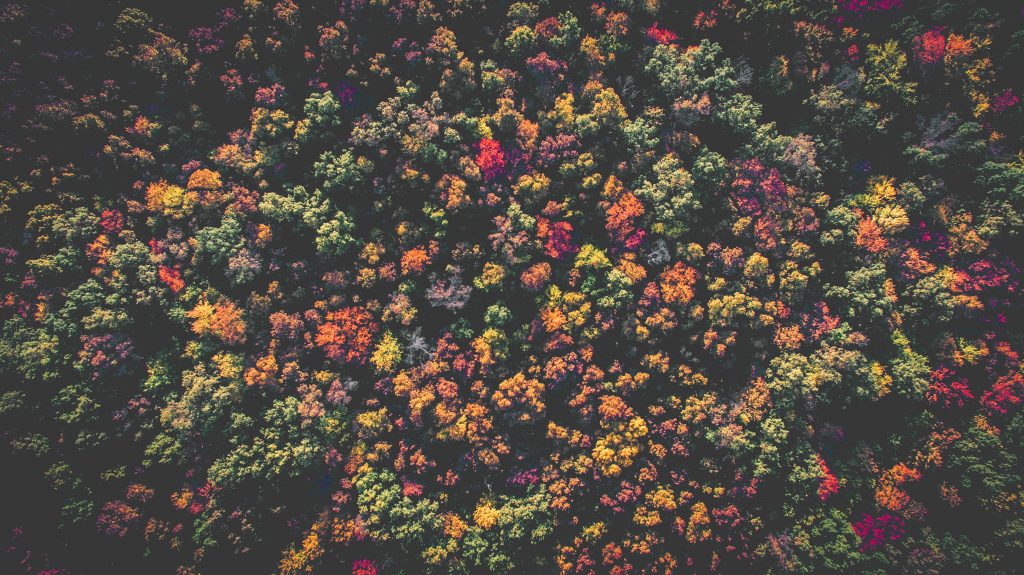 Photo by _zekedrone on Unsplash

I have compiled a list of 35 things that changed and deserve our attention. These are just some individual examples, but the underlying trends can be seen as essentially representative for what’s going on in the world today – and they most certainly will continue to play a large role in shaping our world. Whether it is the sharing economy, technological innovation in general, natural resource scarcity or climate change. It doesn’t seem that long ago, but some of these changes are quite astonishing.

Perhaps most obvious and currently prevelant are the rising temperatures. Drinking your morning hangover coffee after the night of New Year’s Eve, sitting on the garden terrace in a T-shirt? I mean, it’s 10am and already 10 degrees Celsius out there! This past December in Germany has been another pretty warm one since the beginning of weather recording in 1881. Though just in 2010, it was -3.5 degrees on average and Germany was covered in a blanket of snow. Even Rome had a freezing -4.0 degrees Celsius back then! Sorry to disappoint you, but chances are good that Frankfurt residents won’t be able to start another snowball fight this winter.

Another highlight is the rise of the sharing economy, with Airbnb being a shining example. How often have you used their service in the last 12 months? Chances are, a lot of us helped make up the 45 million people who crashed in a strangers’ pad last summer. Without a doubt, the underlying business model is a stroke of genius, meeting both sides of a changing marketplace.

While writing these lines, the US dollar course of one Bitcoin is changing incessantly. It’s like riding a rollercoaster, just that the way up seems endlessly and you expect to die once the tipping point is reached and it’s just going way, way down. Speaking of which: You’re not one of the lucky ones that bought bitcoins back in 2010 when they were just at 39 cents, are you? If so, happy life, mate!

Bitcoins aside, true happiness still is no general emotionale state in our societies as a whole. A lot of people cannot keep track with our seemingly evermore complex and faster spinning world. The increasing multi-optionality of our present world does not only make everybody happier. On the contrary, it increases stress and mental illnesses are becoming more common. We just recently had to declare “peak burnout” – the culmination of the number of people suffering from a chronic physical and emotional state of exhaustion.

No wonder mindfulness represents such a huge counter trend to our evermore digitalized world. With new technologies popping up like mushrooms in ever shorter cycles, we want to regain our ability to be fully present in a moment, in which we are aware of where and what we are doing. We’re getting sick of being overly reactive, let alone overwhelmed by what’s going on around us – thanks to our smartphones and other connected devices, constantly dragging us in a real-digital world. But hey, Faber-Castell doesn’t mind – their business is booming, since almost burnt-out managers need pens and pencils to color their mandalas to mindully resonate with somenthing!

In several industries we are at the brink to something completely new, whether it be Automotive, Energy, Finance or Healthcare. Change is happening now and there’s no way around. For me the central questions are: How are these changes affecting global sustainability? Are we moving towards a world that’s more socially inclusive and ecologically sound? Are we willing to use new technologies to live better lifes, without provoking mother nature and destroying ourselves at the end of the day?

Although there are biggest possible challenges for humankind, such as climate change and social inequality, I think we’re on the right path. And we need this optimism when thinking about tomorrow. Not only do we live more democratically and freely, but overall more peacefully. Militant conflicts, slavery and torture aren’t the rule anymore, but exceptions. All over the world poverty, hunger and child mortality decrease constantly, while life expectancy, literacy levels, access to education and real incomes increase.

I’ve said it before and I say it again: We should spread courage that our future can even be better. And don’t get me wrong – it’s not about blind confidence or hope, but a moderate, rational – or as I like to call it – critical future optimism. To simplify matters you could also call it possibilism. Because in the end future is a room that can be shaped, and we are the shapers, if only we want to.

I’m certainly curious to see what new changes the world will hold for us in the near future. But first things first: I wish you all a Happy New Year!