Why we all should be future optimists

Again and again I hear people saying “Wow, that is really cool what you guys are doing!”, “How on earth are you able to pull this off besides your job?, “Thank god there are people like you!” and so forth. The problem with that? At the same time only the fewest ask about how they can become involved themselves. Too often time would lack and what would that change anyway? The world lies in ruins evermore, they say. Too bad, actually, because that would make everything a lot easier. 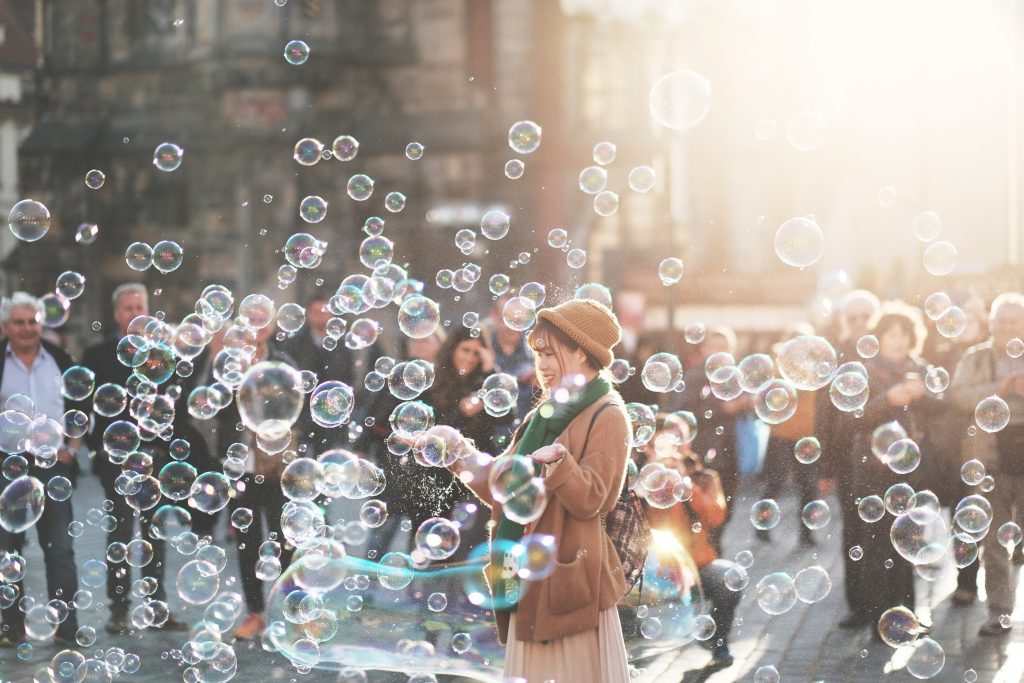 Photo by Alejandro Alvarez on Unsplash

Just recently I turned 30. But there is one thing that doesn’t really make me feel older, more tired or less motivated – my social commitment. For a few years now I am committed to a small NGO here in Frankfurt, Germany. And to be honest: I wouldn’t wanna miss it. It gives me a certain strength. A calming feeling, that no matter what is happening out there, you can take the future in your very own hands and shape it for the better.

Although I am regularly exceeding the 40 hour work week in my main job, there is something that drives me. Something that not rarely lets me spend my evenings and weekends – for instance fighting food waste or promoting integration of refugees. And before you ask – no, I don’t really need to pimp my CV or impress anyone.

But at the moment – at least you can get the feeling – you’re apparently alone with that kind of hopeful attitude. And seriously, I’m not really surprised. Everybody that looks into the newspapers, turns on the TV or reads headlines on the internet is confronted with a world that seemingly bites the dust. Everywhere are raving wars, smoldering crises and rioting catastrophes. Humankind is destroying mother nature, mother nature is destroying humankind and – just to be on the safe side – humankind is also destroying itself.

The only thing that gets you through the day is half an hour of watching YouTube once you’re lucky enough to be sent a cat video and get stuck clicking on the right hand side of recommended videos for a while. You immediately become victim of a mysterious escapism that directly sends you in a world full of furry liquidness and failed jumps. And puff – your everyday worries are gone! At least for that 30 minutes.

Then you experience a rude awakening from your feline dream. And you quickly are paralyzed from shock as you realize that we live in the worst of times. Asked about the development of the world, we become most extreme pessimists. There is a psychological paradoxon at work – called future bias – after which we see our own future with exaggerated confidence, but the future of the world as a whole with bold concern and despair.

This fear-driven culture is extremely problematic. And it even isn’t based on realities, but biased and simply wrong perceptions. For instance we tend to overestimate the risk of becoming a victim of a terroristic attack while we completely ignore the consequential damages of smoking or drinking – two everyday poisons! This risk aversion then causes a fundamental disparity between public perception of a certain danger and its actual risk. Unfortunately this currently is grist to the mill of those fear stoking populists.

Over the course of everyday hysteria, conspiracy and polemics by Trump, Le Pen, Farage & Co. and correspondent media headlines we promptly cut out that today we are doing as fine as never before in human history. Not only do we live more democratically and freely, but overall more peacefully. Militant conflicts, slavery and torture aren’t the rule anymore, but exceptions. All over the world poverty, hunger and child mortality decrease constantly, while life expectancy, literacy levels, access to education and real incomes increase.

The disgusting thing about our system is that success stories like that don’t spread and sell as good as catastrophes and panic. In times of overarching connectivity and omnipresence of information it is quite easy to get one’s attention. You just need a sensational, or better apocalyptic story!

Literary theorist Rüdiger Safranski recently came to the point by saying “Today we experience what we couldn’t dream about in earlier centuries: the experience of simultaneity. Our worlds of action and perception fall apart dramatically. This subliminally generates an unbelievable willingness for hysteria.”

Seriously, can we please immediately take care of this tumor-like cultural pessimism? Fear isn’t a good adviser and we most certainly aren’t in a helpless state. Of course, the world isn’t perfect yet, but it certainly is better than its reputation. And those who always take the worst as a starting point barricade their views on potential solutions and therefore improvements. And by the way, did you know that optimists aren’t just happier, but also live healthier and longer?

We need more optimism when thinking about tomorrow. A new courage that our future can even be better. Like this we can cooperatively and constructively address the most pressing challenges of our time. But for this we need a mindshift. First of all we should look at success stories – already tried and established possibilities that offer added value for us and our environments. We should be more mindful. We should try to directly see solutions in problems and not resignedly look away. Mindful people learn to moderate their fears and convert them in creativeness. Mindfulness means accepting responsibility, notably in times of an evermore complex world.

Philosopher Karl Popper once said: “Our attitude towards the future has to be: We are now responsible for what happens in the future.” And don’t get me wrong – it’s not about blind confidence or hope, but a moderate, rational – or as I like to call it – critical future optimism. To simplify matters you could also call it possibilism. Because in the end future is a room that can be shaped, and we are the shapers – if only we want to.