Development should be about happiness, not GDP growth

When it comes to the quality and sustainability of development, GDP only tells us half the story – at best. It is time we start to look at other things. Why not focus on true happiness? 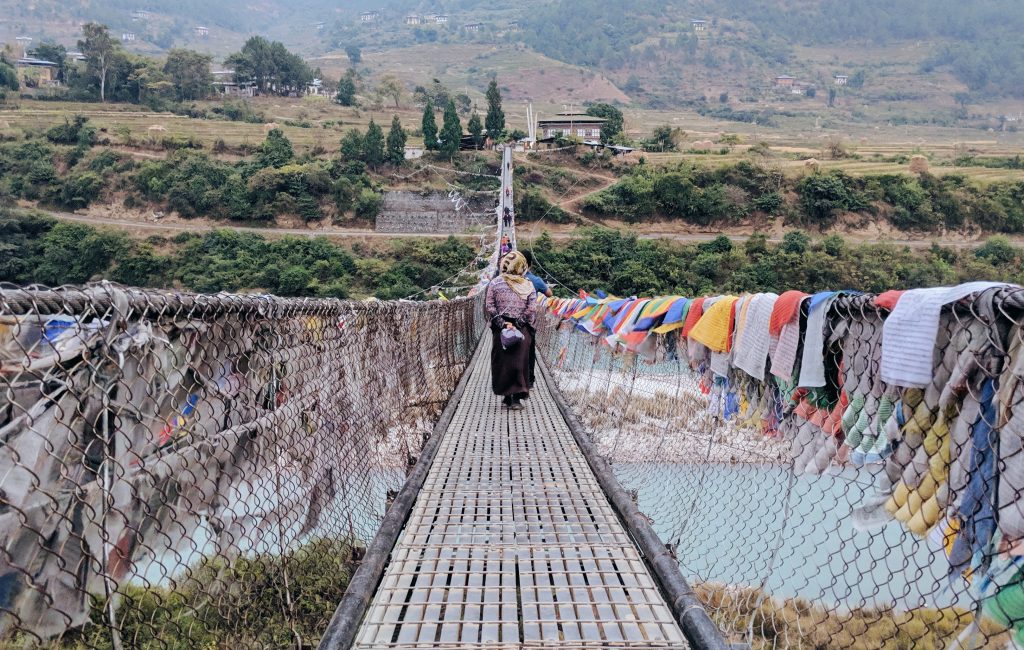 End of January Davos was host to the World Economic Forum (WEF) Annual Meeting. 2,500 top international political and business leaders, as well as selected intellectuals and journalists from all over the globe met in Switzerland’s Alps to discuss the most pressing issues facing the world.

Joseph Stiglitz, Nobel Prize winning economist, was one of them. Claiming that GDP is not a good measure of economic performance and not a good measure of well-being, he stressed a fundamental misbelief in our today’s world – (economic) growth indeed tells us nothing about the quality and sustainability of development. Let us take a look at the story behind the problem.

For the past 70 years, the world was driven by a central paradigm: growth equals development. And the best measure to quantify progress in this context is a country’s gross domestic product, its GDP. Serving as an an estimate of the total value of goods and services it produces, growth in GDP was meant to create more jobs, more money, more well-being, more development.

But even when the concept was first developed back in the late 1930s, the man behind it, Simon Kuznets, warned it was not a suitable measure of a country’s development. On the contrary, he understood that GDP is not a welfare measure, but only counts the things that people are buying and selling –  and that it’s quite possible for the GDP to go in the opposite direction of societal welfare.

This brings us to today and the main problem that essentially lies within: it’s simply not working. Since 1980, the global economy has grown by 380%, but the number of people living in poverty on less than five US-Dollar a day has increased by more than 1.1 billion – that’s more than every seventh person on this planet. So much for the trickle-down effect and general well-being.

But it gets worse. Just recently Oxfam published a report where it finds that the 62 richest people are as wealthy as the poorest 3.6 billion. And the gap keeps growing. The fortune of this ultra-wealthy group of individuals grew by more than half a trillion US-Dollars in the last half-decade, while the world’s poorest half lost about 41 percent despite an increase in global population of 400 million.

Simultaneously we are overshooting the planet’s ecological limits. In fact, we are currently demanding environmental services such as forest land, fishing grounds or carbon dioxide absorption of one and a half earths. If we look at the reasons for that, we, again, find a vast gap. The average European needs 4.7 hectares per year – or nearly seven football pitches – for his or her consumption of natural resources. This is about five times more than the ecological footprint of the average person in a developing country, e.g. Malawi or Cambodia with just under 1 hectare annually.

Whether it be climate change, resource scarcity or loss of biodiversity – our impact on the planet and its ecosystems is exceedingly omnipresent and extremely alarming. But given the underlying inequalities and widening social gap, what does this mean for our growth and development paradigm?

I say we must start focusing on happiness, and not on GDP growth. People more and more have the feeling there is something wrong with the dominant model of economic progress. And that’s why they are hungry for an alternative narrative. We need to move beyond GDP as the major measure of progress, and fashion a sustainable development index that puts people and the planet first.

If we look at measures of overall happiness and wellbeing, quite a few developing countries rank highly – even without a GDP per capita of 50,000 US-Dollar. One such an approach is the Happy Planet Index, ranking countries according to their experienced well-being, life expectancy and ecological footprint. Costa Rica is leading the way alongside several developing countries in Latin America, sustaining the highest happiness indicator globally with a per capita income one-fourth that of the US. By comparison, Denmark and Switzerland may be countries with high scores on experienced well-being, but are screwed by their ecological footprint. And not just since last year’s COP21 we know that this overconsumption of the global North is putting our planet at risk.

According to consumer research, 70 percent of people in middle- and high-income countries share this opinion about the worrying impact of their consumption patterns. A similar majority also believes we should strive to buy and own less, and that doing so would not compromise our happiness. The rising sharing economy as a smarter and more discerning consumerism is poised to significantly alter our economic models. Also shorter working weeks and basic incomes are approaches attracting further attention, all of which that could possibly improve our lives while reducing consumption.

The unprecedented speed of change, as well as the breadth and the depth of many radical changes unleashed by new technologies, is having major impacts on what and how we produce and consume. And since the world is changing at such a rapid pace, so too should the way we measure progress. In order to do so, we must learn to redefine our concept of growth for the 21st century. There has to be some looking beyond the conventional economic terms and consider questions of security, equality, health and quality of life, as well as environmental sustainability.

Bottom line is: What we measure informs us what we do. And if we are measuring the wrong thing and continue to solely focus on GDP growth, we are going to do the wrong thing. It’s as simple as that. Herman E. Daly und Joshua Farley in their book Ecological Economics got to the heart of this dilemma: “Even if we can never quantify satisfaction or happiness as precisely as we currently quantify GDP, perhaps it is better to be vaguely right than precisely wrong.”

Let’s start to be happy.