Why we should cherish our food again

Food waste has long been a chronically overlooked issue, but it is finally getting the public attention it deserves. But where politics is lacking serious action, a generation of young people is tackling it themselves by developing innovative solutions. The business model? Food appreciation. 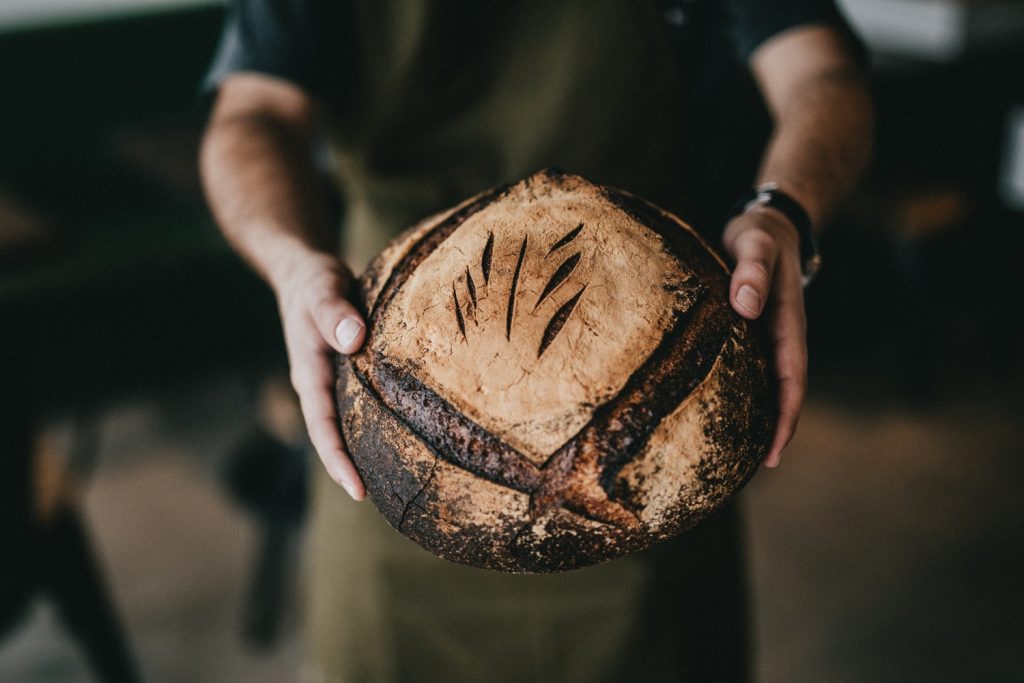 We seem to have lost touch with our food. We are used to having the complete range of all imaginable foods available at the supermarket – every day, all year round. No matter if it is spring, winter, summer or autumn. In a way, food has become like electricity for us – on request we can meet any demand directly. Just like that and also extremely cheap.

But what does it mean, if we strawberries sit on the supermarket shelves in February or lamb’s lettuce in July? Many people do not even know how everything that lands on their plates and eventually in their stomachs, actually got there. In general, it seems that the way we handle our food has completely changed. And somehow – in times of constant food availability at hard-hitting prices – this is not really surprising. Welcome to our affluent society.

And as normal and insignificant throwing away leftovers every now and then may seem, so serious are the consequences if everyone does it. After all, it ultimately results in us living extremely wastefully and thus unnecessarily creating major ecological and social problems.

According to a study by the WWF, 313 kilograms of perfectly edible food are thrown away in Germany per second. This number adds up to more than 11 million tons over the year, equivalent to one third of the total German food consumption.

On a global scale the extent is equally dramatic: According to the Food and Agriculture Organization of the United Nations (FAO) roughly one-third of the food produced globally for human consumption, or about 1.3 billion tonnes per year, is lost or wasted. This is equivalent to the retail cost of one trillion US-Dollar of food. Unfortunately, this is everything but the end of an unbelievable waste of resources. Production, transport, storage and marketing of food require huge amounts of energy, water and land resources.

With yearly 3.3 gigatonnes of greenhouse gas (GHG) emissions food loss and waste can be considered the 3rd largest emitter globally, only exceeded by China and the United States. Furthermore the UN Environment Programme (UNEP) estimates that global food production accounts for 70 percent of fresh water use, 80 percent of deforestation and is the single driver of biodiversity loss. Clearly, this is a big environmental cost to pay for food from which humans derive little to no use.

Food waste has long been a chronically overlooked issue. But finally it is getting the attention it deserves. And it is definitely high time to put the issue on the public agenda, since tackling the incredibly large amounts of food wasted and lost means benefits below the triple bottom line – and with that positive social, environmental and economic impacts.

Whether it’s UN’s Sustainable Development Goals (SDGs), the EU’s Action Plan for the Circular Economy or initiatives on the national level, we are increasingly allowed to hear political expressions of intent in the face of this tremendous waste. What is often missing here is the legal liability. After all France and Italy have gone one step further and recently enacted laws to tackle food waste.

But does it really change the way we handle our food? Or is it just lip service to be better at the next election in the end? Do we really get a grip on the out-of-control system, which wastes not only food, but also energy, water and land in huge quantities?

These questions are increasingly asked by my own generation – the so-called Generation Y or however you may call us. But instead of waiting for appropriate agreements, laws or even business alliances, we address the problem ourselves and develop innovative solutions. We declare the fight against food waste a central purpose in life.

In recent years, a large number of organizations have been founded to contribute to greater social appreciation of food. The approaches are as diverse as they are creative: Whether it is “Knödelkult“ from Constance that turn old bread into dumplings in glasses, “Etepetete“ from Munich with their foodsaver boxes filled with extravagant-looking vegetables or “The Good Food“ from Cologne and “Sirplus“ from Berlin, each of them running own stores in which they sell discarded and expired food.

Yes, indeed, food waste has long been a chronically overlooked issue. But finally it is getting the attention it deserves. But as long as the politicians and corporate leaders are not yet able to regard food waste as the serious problem, I am glad to meet people who simply tackle it on their own. And, quite surprisingly, those people are most likely from my own generation.

In the end, the active involvement of all relevant stakeholders in and around the food value chain (agriculture, industry, trade, households, restaurant and catering sector, policy-makers, educational establishments, social institutions, etc.) is needed in order to have a long-lasting impact and reduce unsound masses of food waste and loss. But one thing here is for sure: saving money and contributing to more ecological and social sustainability has never been easier, ever.

As a critical future optimist, I am very curious to see how this will develop in the future. What this pressure from the many grassroot initiatives will have on politics and business. But in any case it is already clear today that we have no choice but to get this problem under control. So let’s get to work!