There is a broad consensus among scientists and policy makers that the growth rate of the world’s human population and its current rate of consumption are putting global sustainable development at risk. A new study now shows that reducing world popuation most certainly is no environmental “quick fix”. Why? Because there are simply yet too many people exploiting the world’s natural resources. 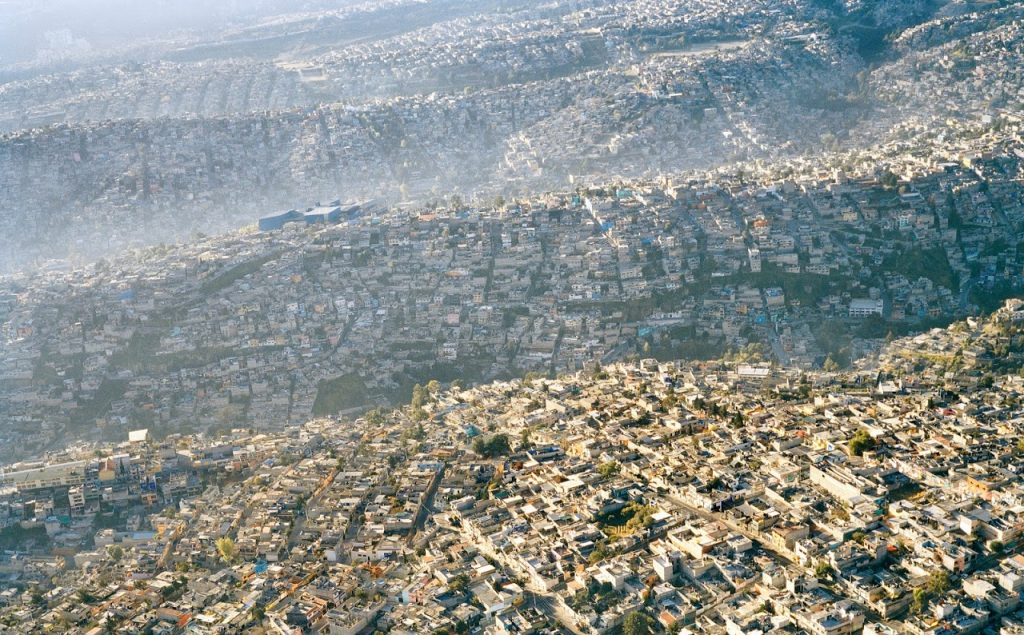 Published in the Proceedings of the National Academy of Sciences of the USA, ecologists Professor Corey Bradshaw and Professor Barry Brook from the University of Adelaide’s Environment Institute state that the inexorable demographic momentum of the global human population is rapidly eroding Earth’s life-support system.

Having examined nine different scenarios (scenario-based matrix modeling) as to how the human population develops until the end of the century (from a business-as-usual to a stringent worldwide one-child-policy scenario), the planet still is going to end up with 5-10 billion people living on it by 2100 – and this would mean a huge risk for solving issues of global sustainability. Literally, the pace of population growth is so quick that even a third world war with a catastrophic mass mortality of 2 billion deaths over a hypothetical 5 year window would lead to a population of around 8.5 billion by 2100.

“We were surprised that a five-year WWIII scenario mimicking the same proportion of people killed in the First and Second World Wars combined, barely registered a blip on the human population trajectory this century”, the authors said.

In absence of any event of larger population or fertility reduction, particularly Africa and South Asia are going to experience greatest human pressures on future ecosystems. Using a computer model based on demographic data from the World Health Organisation and the US Census Bureau, the researchers found that under current conditions of fertility, mortality and mother’s average age at first childbirth, global population was likely to grow from 7 billion in 2013 to 10.4 billion by 2100.

This basically corresponds to estimates from the United Nations (UN) Population Divison, which in its most likely “Medium Fertility” scenario forecasts some 10.8 billion people by the same time frame (see Fig. 1). A most recent study conducted by several experts from the UN published in the journal Science, for the first time using advanced statistics to reduce the range of variation, states that there is a 80 percent probability of between 9.6 to 12.3 billion people living on earth by the end of the 21st century. 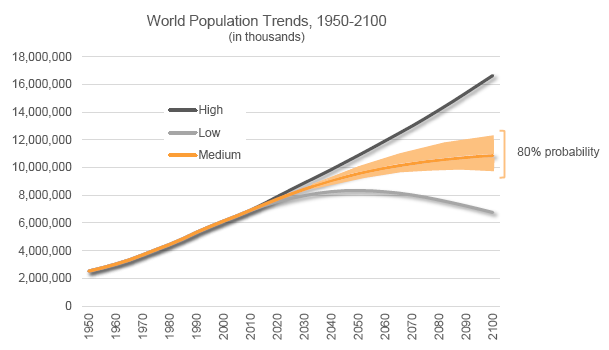 “Often when I give public lectures about policies to address global change, someone will claim that we are ignoring the ‘elephant in the room’ of human population size. Yet, as our models show clearly, while there needs to be more policy discussion on this issue, the current inexorable momentum of the global human population precludes any demographic ‘quick fixes’ to our sustainability problems.”, states Barry Brook, by now Professor of Environmental Sustainability at the University of Tasmania.

Although there are no short term solutions and it most certainly will take centuries, it is possible to achieve some sort of population (growth) reduction – even though we just speak about some hundreds of millions fewer people by midcentury. Clearly, in order to alleviate pressure on natural resource availability and hereby foster sustainable development, effective family planning and reproduction education worldwide are potential adjusting screws. But most certainly our “great-great-great-great grandchildren” are yet the only ones to benefit from such planning, whereas people alive today will not.

However, and this might prove to be crucial in this context: There has to be some rethinking in terms of introducing new policies and technologies, helping to reverse rising consumption of natural resources. Furthermore, enhancing recycling and generally contributing to the green and circular economy is going to be crucial for achieving effective sustainability gains in the next 85 years.

This most recently has been prioritized by Jonathan Foley, executive director of the California Academy of Sciences, as well, pointing to the importance of agriculture in this context: “We’re certainly bumping into the limits of what our planet can comfortably do to sustain the human enterprise,” Foley stated, indicating that there is an urgent need to find innovative ways to feed a growing population in a sustainable way. “Feeding the world is not optional, but neither is sustaining our planet.”

Also a report released by researchers from Lund University, in Sweden, ascertains the ability to produce food in the Sahel region in Africa is not keeping pace with its growing population.

Nevertheless Foley is sure that there’s a lot of reasons to be optimistic about this problem: “There are huge economic and political obstacles, but there are no biological or physical ones. We just have to make a choice between the world we have today [..] and the one we should have in the future as we move forward.”